Why I’m Retiring From Yahmos Productions 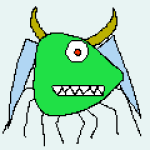 Yahmos Production deals exclusively with the creative side of our organisation.

In 2009, as some may be aware, I set up Yahmos Production as a creative branch of the faith. I wanted to create works of art, books, music, and games.

I set out by writing The Jardacia to be self-published which actually took some time to do. I then set about writing other Solaran themed works, such as S. S. Generational. I also wrote a number of other things for the faith. My idea was to create something that would build revenue for the organisation.

In 2013 I released an instrumental album called The Complete Collection. This album was a success and it still receives royalties to this date. In 2017 I released another album that featured the lyrics I had wrote in 2010. That album was a flop and I soon removed it from stores. Later I commissioned musicians to record tracks that I had written. Finally, In March this year, I re-released the album History Lessons with freelance musicians.

I have also designed and released games under the banner of Yahmos Productions.

As we come to mid-2020, I have been feeling that I should retire from making and overseeing creative projects. I had set out eleven years ago to create a source of income for the faith, and I think I have done all I can now to make that a reality. I have enjoyed working creatively on these Solaran Projects, but I have found that with them, I have been drifting further and further from the religious side of the organisation. It is for that reason I no longer wish to work on these projects.

I will now be focusing on the faith almost entirely for the foreseeable future. I intend to keep writing for the faith on this blog as well as my personal blogs. But I mainly intend to focus on religious activities behind the scenes.

My Problem with Matthew L. Fisher

The Book Of Visions Predicted It

Why we don’t actively Preach Religion My Problem with Matthew L. Fisher

Why I’m Retiring From Yahmos Productions

The Book Of Visions Predicted It